Saturday, December 14th, join our tour to beautiful Sengakuji & Zojoji temples in Tokyo’s Minato-ku for a celebration of the legendary “47 Ronin”!

Let’s all come to honor the loyal 47 Samurai of Akoh!

This remarkable legend is very popular in Japan because it evokes several values ​​of Japanese society: self-sacrifice, courage and loyalty.

It’s also known as “Akoh Gishi-sai”, immortalized in Japan’s most famous kabuki plays & in many films & TV epics like: “Chushingura“ or “The League of Loyal Hearts”!

Every year on the date of the uchiiri (raid), large numbers of people visit the temple to pay homage to the loyal vassals of Akoh at their graves & watch the “Gishi Gyoretsu”, a procession of volunteers dressed as the 47 Samurai parading through the streets.

The entire neighborhood becomes packed with crowds of spectators!

Event details / About the tour and photo walks

OUR TOUR: We’ll explore the temple & after a memorial ceremony starting at 11, we’ll visit the Museum & the Hall of Heros, then get lunch from the many traditional food stalls on the temple grounds, (Very tasty!)

After, we’ll take a short ride to great Zojoji temple to greet the parade of 47 Samurai returning from Lord Kira’s estate in Ryogoku with the wrapped head of Lord Kira, carried on a long spear!

THE SETTING: Two beautiful temples, plus scenic Tokyo Tower, tall in the background with many armored samurai arranged on the wide temple steps.

These are beautiful places, and a world-class photo opportunity & there are many wonderful things to see nearby!

THE HISTORY: “The Forty-Seven Loyal Retainers in Akoh” is a drama based on an incident in 1703 when 47 vassals avenged their Master, Lord Asano’s death by killing his enemy, Lord Kira.

Since then, it’s been performed many times in the form of Joruri (a narrative ballad), in Kabuki plays, films & TV dramas until today. This is one of the best-loved tales in Japan.

Plays and novels of the tale are more commonly known under the titles of Chushingura (“The Loyal Retainers”) & Akoh Roshi.

“In 1701, Naganori Asano, the lord in the area of ​​Ako, (between Okayama and Kobe), was sentenced by Shogun Tokugawa Tsunayoshi to die by ritual suicide for having injuring Kira Yoshinaka, an elite samurai & tea master who had insulted him.”

“On the day of his death, he drew his sword & attempted to kill Kira in the Corridor of the Pines at Edo Castle in what is now Tokyo, but was wounded and failed to kill Kira.”

“On the same day, shogun Tokugawa Tsunayoshi sentenced him to commit seppuku (hara-kiri) which he did after writing his death poem:

“More than the cherry blossoms,
Inviting a wind to blow them away,
I am wondering what to do,
With the remaining springtime.”

“His grieving disciples, led by Oishi Yoshio, organized a suicide attack to avenge their master. They killed Kira on the 14th December 1702, removed his head, then took it as an offering to the grave of Asano at Sengaku-ji.”

“At Sengaku-ji are the graves of the Lord who was forced to commit hara-kiri & his 47 loyal vassals who did the same after taking their revenge by defeating their Lord’s enemy.”

Akoh Gishi Memorial Museum, completed in 2001, exactly 300 years after the death of their Master, displays fascinating mementos of the vassals as well as rare artifacts associated with the incident.

NOTE: Being a “no-show” or changing your RSVP after our deadline hurts the other members, so please don’t do it!

To register for this event please visit the following URL: → 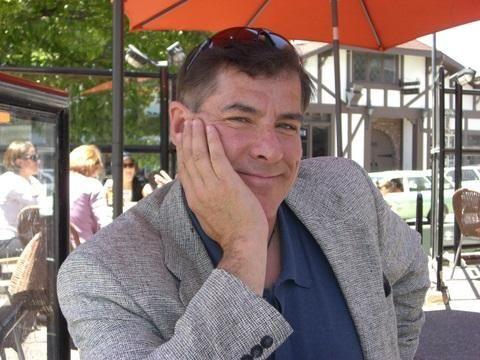